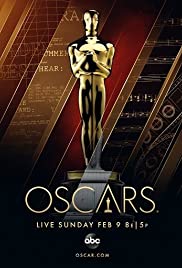 IMDb: 5.2 180 min 74 views
The 92nd Academy Awards for film achievements in 2019 are presented by the Academy of Motion Picture Arts and Sciences.
MusicReality-TV IMDb: 8.1 2019 108 min 61 views
Jojo Rabbit is about a young boy living during World War II. His only escapism is through his imaginary friend, an ethnically inaccurate version ...
ComedyDramaWar Merata: How Mum Decolonised the Screen

Merata: How Mum Decolonised the Screen IMDb: 5.5 1999 101 min 59 views
This dark comedy is set in Dunedin, New Zealand. A university student finds an old “abandoned” house and proceeds to invite other ...
ActionComedyThriller IMDb: 5.5 2001 94 min 47 views
A hitchhiker takes two kids on the ride of their dreams, but they soon learn that their newfound hero is just as capable of delivering nightmares.
AdventureDramaFantasyThriller

IMDb: 7.9 2017 130 min 57 views
Thor is on the other side of the universe and finds himself in a race against time to get back to Asgard to stop Ragnarok, the prophecy of ...
ActionAdventureComedyFantasySci-Fi IMDb: 6.8 2007 87 min 49 views
The New Zealand made “Eagle vs Shark” is the tale of two socially awkward misfits and the strange ways they try to find love; through ...
ComedyRomance What We Do in the Shadows

What We Do in the Shadows

IMDb: 7.6 2014 86 min 40 views
Vampire housemates try to cope with the complexities of modern life and show a newly turned hipster some of the perks of being undead.
ComedyHorror